Confluence is my new big band album, released with Ubuntu Music on 25th November 2022. It features some of the UK’s leading jazz and session musicians, including the likes of Tom Walsh, James Copus, Helena Kay and James Gardiner-Bateman.

The album and scores/parts are available for purchase via the Bandcamp player above.

Jazzwise – “Spectacular blowing from all concerned”

The Scotsman – “A rich, muscular sound straight out of jazz’s big band tradition”

When Can I See You Again? is my latest album, released with Ubuntu Music on 13th August 2021. It features original music of mine with a focus on lyrical melodies, hearty grooves and a deep connection to the blues. I’m joined by some of my favourite musicians on the London jazz scene: Riley Stone-Lonergan (tenor saxophone), Rob Brockway (piano), Calum Gourlay (bass) and Jay Davis (drums).

Order on CD or 180g vinyl via the Bandcamp player above.

BBC Music Magazine - ***** “The combination of laid-back swing with a confident rolling-and-tumbling interplay is genuinely uplifting, scooping up township lilt and occasional Latin influences along the way” (full review available in November 2021 edition)

Taking Flight is the album from my previous band Fervour, released on 5th April 2018. It features original music of mine, drawing on influences from across the jazz tradition, alongside the earthy grooves of blues, rock and more. A grant from Arts Council England allowed us to record it at the renowned Real World Studios and launch it with a tour of top jazz venues across England.

Order on CD via the Bandcamp player above.

Herald Scotland - “Gibbs’ music has bags of personality and his soloing is full of ideas, now cool and reflective, now fast and assertive, now downright mischievous. His band go with him all the way and add their own thoughts and commentaries…” (full review here)

London Jazz News - “You know that feeling when you walk down the street and unexpectedly you come across a pound coin? Serendipity, a pleasant surprise, call it what you will, it lifts your mood a notch and brings a self-satisfied smile to your face. This album does much the same thing.” (full review here)

The Jazz Mann - “The playing is of a uniformly high standard throughout and the soloing consistently fluent, inventive and imaginative.” (full review here)

Burns is my debut big band album, released on 11th August 2015. It features compositions of mine inspired by the poetry of Robert Burns, and is performed by the Birmingham Jazz Orchestra (which I founded whilst living in Birmingham). The music aims to capture the warmth, drama and humanity present in Burns’ work, connecting with listeners as the poems do – through compelling narrative and exciting twists and turns.

Order on CD via the Bandcamp player above. Scores/parts can be bought here.

The Jazz Breakfast - “There are so many things to like here including that energy and good humour, that ebullience, that is the hallmark of the young Birmingham jazz scene; the way Sean has encouraged stretching performances not only from his fellow BC recent grads but also from more seasoned players like Lluis Mather; and the terrific music that Sean has written which changes within each piece to give bespoke settings for each solo and considerable satisfaction to all the section players.” (full review here)

London Jazz News - “All killer, no filler, packed with vibrancy and passion, and bursting with slick soloists and a superbly well-drilled team of players” (full review here)

Jazzwise - “A very welcome debut for both orchestra and their arranger of choice, the writing multi-layered and richly textured” (full review available in October 2015 edition)

Boxed In is the solo debut album from composer/bassist Daniel Casimir, a dynamic collision of pulsing modern jazz & orchestral instrumentation.

Deepening The River is a suite by saxophonist Paul Towndrow, originally commissioned for the Festival 2018 celebrations accompanying Glasgow’s hosting of the European Championships. It features a star-studded lineup, with a big band alongside traditional Scottish and Indian musicians.

London Jazz News - “The music is riveting, varied, thoughtful and exhilarating, packed with influences and styles and superbly performed by a top-class ensemble” (full review here)

We’re Young Pilgrims is the second album from rock induced brass band Young Pilgrims, released on Stoney Lane Records. The music is inspired by renegades, Scottish cities, skateboarding and even a brief and murky incursion into a local canal.

Jazzwise - “Brass bands come in all shapes, sizes and flavours nowadays, and Young Pilgrims’ second album release positions them firmly at the hipper and more sophisticated end of the market… Each of the eight original compositions features an ingenious rhythmic or harmonic twist that tempers their zesty extroversion with a measured intelligence.” 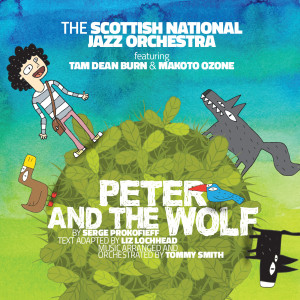 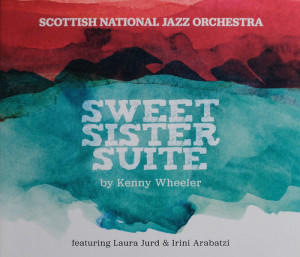 Sweet Sister Suite is a piece composed & arranged by Kenny Wheeler, which was commissioned by Tommy Smith for the Scottish National Jazz orchestra. This recording features guest soloists Laura Jurd and Irini Arabatzi. It is available for purchase here.

Bebop Spoken Here - “Such is the quality of Scotland’s premier orchestra that the collective contribution is never less than magnificent.” (full review here)

Little Things is the debut album by rock induced brass band Young Pilgrims, released on Stoney Lane records. It features music about imaginary French detective shows, loved ones, drinking establishments and all the little things that get in the way.

Butterflies & Dragons is the debut EP from Trope, featuring myself with Young Pilgrims as special guests on track 3, Let Go. Jumping between soul, jazz & funk, the album is a melting pot of influences reaching as far wide as rock, hip-hop and classical music.

1ncuration - “TROPE’S debut release, Butterflies & Dragons, brought me out of my academic cultural hibernation. This is a hybrid, an inescapable moment of clarity in the art of soundscaping”