Sean Gibbs is a prominent Scottish jazz trumpet player/composer, now based in London. His new big band album, Confluence, was released with Ubuntu Music on 25th November 2022. It features some of the UK’s leading jazz and session musicians, including the likes of Tom Walsh, James Copus, Helena Kay and James Gardiner-Bateman. Sean also leads a quintet, whose critically acclaimed debut album was released with Ubuntu in 2021 and awarded five stars in BBC Music Magazine.

Sean is a member of the Scottish National Jazz Orchestra, with which he has performed with guest soloists such as Kurt Elling, Joe Locke, Kenny Washington and Jazzmeia Horn. This has included appearances at some of the world’s most prestigious venues – New York’s Lincoln Center, Tokyo’s Bunka Kaikan and London’s Ronnie Scott’s.

Sean is a prolific composer of big band music, including commissions for the Scottish National Jazz Orchestra and Greater Manchester Jazz Orchestra. His compositions have been performed as far afield as the USA, by the University of Miami’s Frost Studio Jazz Band. 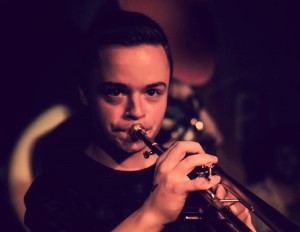